Almost all CMCC students will establish professional practice in Canada. All provinces require successful completion of licensing examinations administered by the Canadian Chiropractic Examining Board (CCEB). There are three examination components.Component A concentrates on basic sciences knowledge. Component B explores the candidate’s ability to make decisions and diagnoses in a clinical context. Component C is a practical examination using standardized patients. CMCC receives aggregate student performance reports from the CCEB once per year.

The Council on Chiropractic Education (CCE) requires all Canadian Doctor of Chiropractic degree programs to post annually the overall weighted average of the four most recent years of CCEB Components A, B, and C exam success rates, for first-time test takers.


The charts below show CCEB Exam Performance for CMCC students and for students from all chiropractic programs in North America. 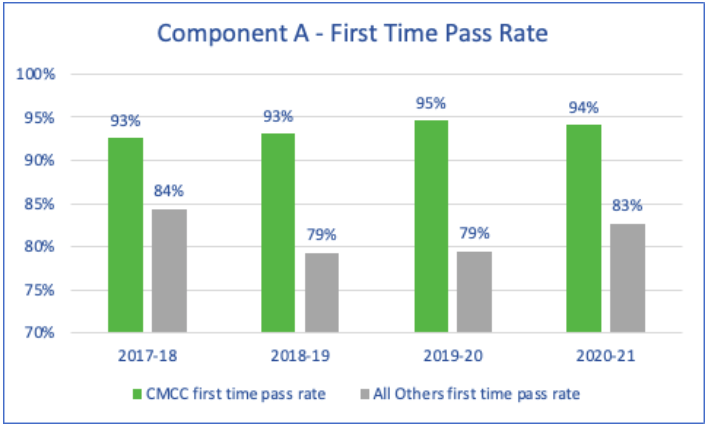 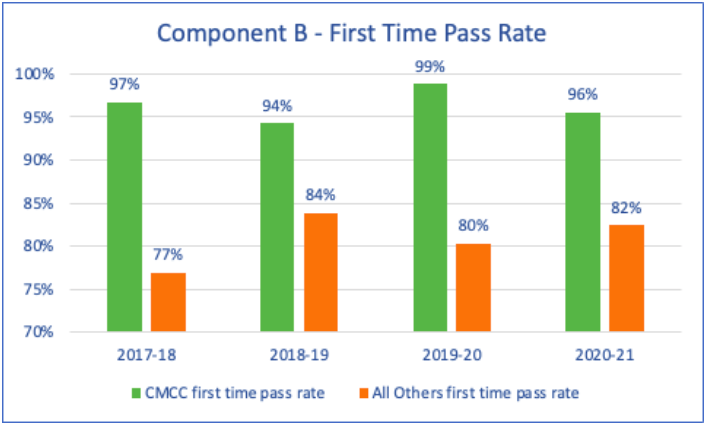 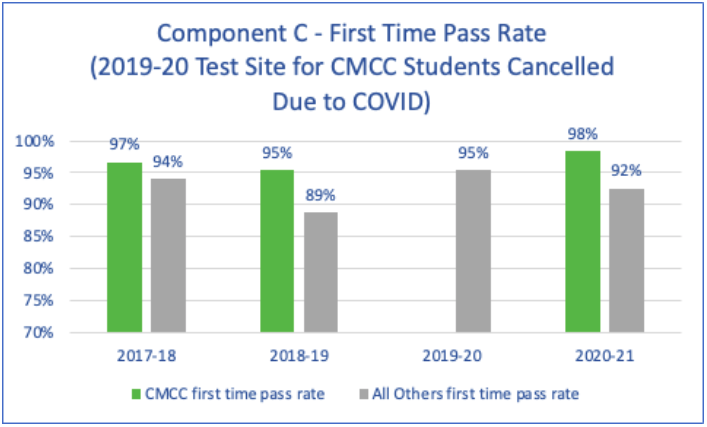 *Due to the health concerns related to COVID-19 and restrictions implemented in jurisdictions across Canada, the CCEB was forced to cancel the spring 2020 exam administration. Almost all CMCC students normally sit for the Component C exam in the spring, so no results are reported for 2019-20 CMCC students.

The majority of CMCC students receive student loans to assist with tuition and other expenses over the four years of study. Indirectly, student loan default rates are a measure of program success. CMCC’s Canada-Ontario Integrated Student Loan (COISL) default rates consistently remain well below the average for all institution types in Ontario, including other private institutions as demonstrated in the table below of default rates for the five most recent years of data reported by the Ontario Ministry of Colleges and Universities (MCU).